I have joined Google’s Search team at it’s Bangalore office. I am working in areas related to Machine Learning and Natural Language Processing. 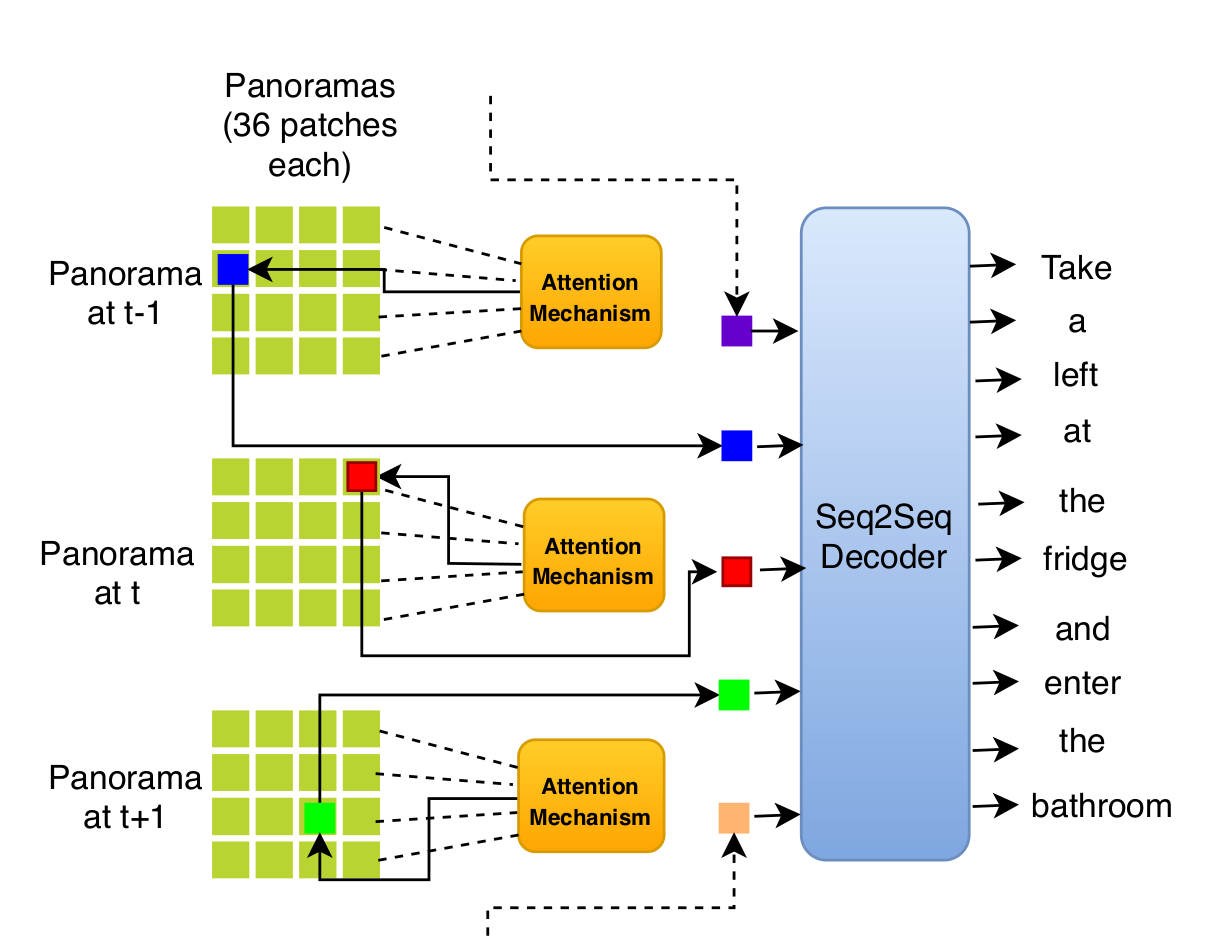 
Instruction following for vision-and-language navigation (VLN) has prompted significant research efforts developing more powerful “follower” models since its inception. However, the inverse task of generating visually grounded instructions given a trajectory – or learning a “speaker” model – has been largely unexamined. We present a “speaker” model that generates navigation instructions in two stages, by first selecting a series of discrete visual landmarks along a trajectory using hard attention, and then second generating language instructions conditioned on these landmarks. This two-stage approach improves over prior work, while also permitting greater interpretability. We hope to extend this to a reinforcement learning setting where landmark selection is optimized to maximize a follower’s performance without disrupting the model’s language fluency. 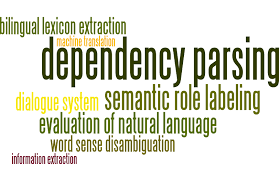 A sample Phrase-Cloud representing the proportion of papers for an area.

A rule-based information extraction framework that automatically constructs a knowledge base of all application areas and problem solving "techniques", given a text corpus of research papers. "Techniques" include tools, methods, datasets or evaluation metrics. We also categorize individual research articles based on their application areas and the techniques proposed/improved in the article. Our system achieves high average precision (~82%) and recall (~84%) in knowledge base creation. It also performs well in application and technique assignment to an individual article (average accuracy ~66%). We demonstrated the framework for the domain of computational linguistics but this can be easily generalized to any other field of research.


Room-to-Room dataset is a commond dataset used in several vision and language navigation tasks. The dataset contains real-world panoramic scans of building interiors provided my the Matterport3D dataset . An agent can choose to move in this 3D environment by taking actions. I optimized the original Room-to-Room simulator to use GPU for state update operations when the agent takes any actions. Combined with caching of repeated computations this resulted in a simulator that is 17x faster frame rate on a single GPU! Training time of most vision-and-language models can be brought down significantly using this simulator instead of the original simulator.

Ques: How many sheepskin are grazing?


The paper improves upon the state-of-the art accuracy for counting based questions in VQA. They do it by enforcing the prior that each count corresponds to a well defined region in the image and is not diffused all over it. They hard-attend over a fixed set of candiate regions (taken from pre-trained Faster-R-CNN network) in the image by fusing it with the information from the question. They use a variant of REINFORCE - Self Critical Training - which is well suited for generating sequences. 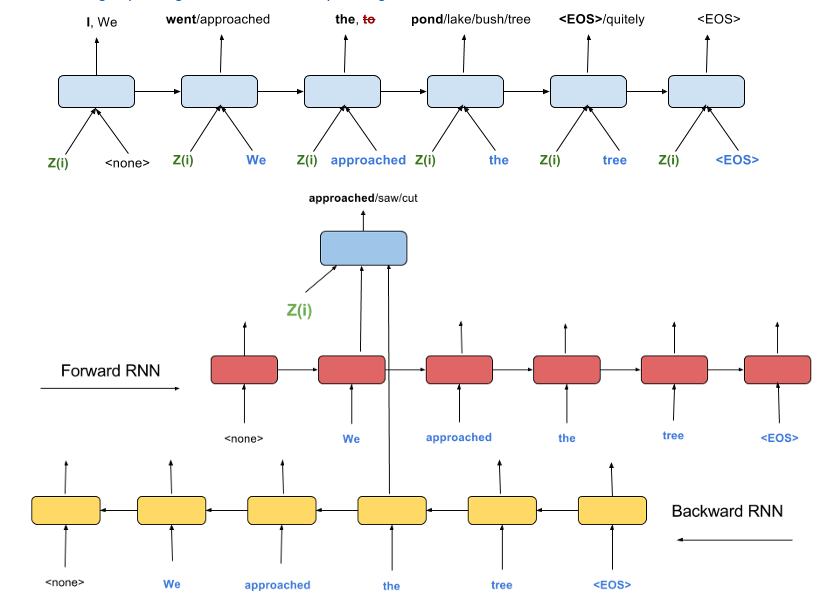 
Skip-Thoughts uses the order of the sentences to “self-supervise” itself. The underlying assumption here is that whatever, in the content of a sentence, leads to a better reconstruction of the neighbouring sentences is also the essence of the sentence. The decoders are trained to minimise the reconstruction error of the previous and the next sentences given the embedding of current sentence. This reconstruction error is back-propagated to the Encoder which must now pack as much information about the current sentence that will help the Decoders minimise the error in generating the previous and next sentences.

ARC comparing between two images of the same character


Attentive Recurrent comparators state of the art performance in one-shot learning on the Omniglot dataset. The key idea is to make the training phase as close as possible to evaluation phase. Since the evaluation phase is comparitive, making the training phase also comparitive will lead to better generalization. In training, the model learns to compare between two randomly chosen images of either same or different characters.